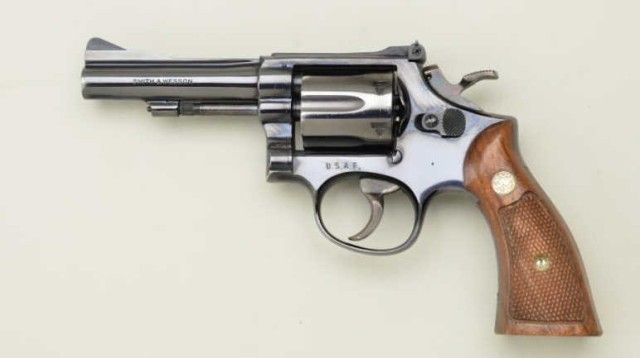 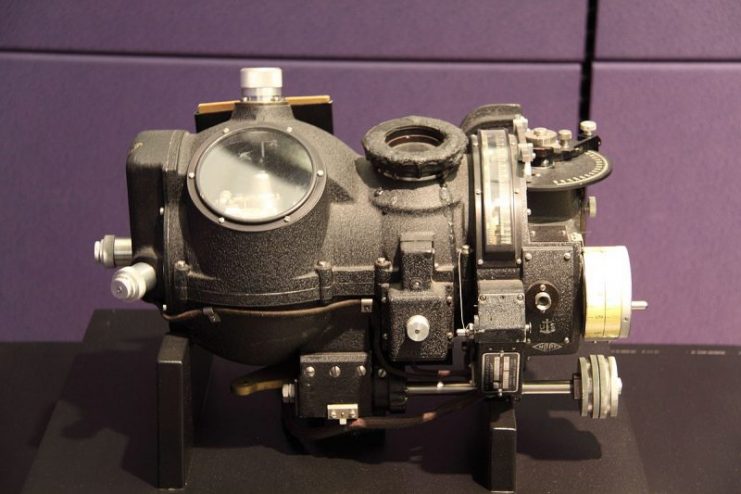 Smith and Wesson K-38 carried by Joseph Portney at SAC. The following story is true and was told by Joe, to his son Jeff. This is the "Fail Safe Story"
My dad washed out of pilot training in 1952 due to manual dexterity. It was a blessing in disguise. After serving in TAC on B-26's he upgraded to B-47's, after his top secret clearance was approved. Only the Bomb-Nav Guy (dad) a TS, had top secret clearance, while the pilots only had a secret clearance. I noticed on his 214 that he was sent to Kansas for three months for advanced pilot school.

And I asked him what were you supposed to do with a .38 six shooter. He said if you got shot down you could shoot at the enemy four times and then yourself, with one extra round in case you missed yourself. It was a joke.

Than he told me the REAL story which was reluctantly verified by his best friend, also a Bomb-Nav, from the NA and SAC. If the pilot did not recall and pulled a Dr. Strangelove, my father was "ordered" to assassinate him, and the co-pilot for good measure in case he was in on it, then bring the plane and bomb back. He said he would have done it in a heartbeat. AND the pilots never knew that plan existed. He was trained to fly and land the plane in Kansas. Not take off.